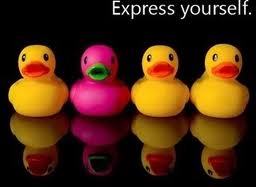 As I read the article I have a link to below, about 90 Iraqi students being stoned to death for their expression, my heart hurts. It pangs me in a way of sadness and realization that basic human liberties are constantly at stake in our world. As far as we have come up the evolutionary ladder, there are atrocities that occur that face us all with our primal, controlled and conditioned natures.

This is not just “over there”, albeit different, it’s very present “over here”.

Many major religions state that there are certain ways that are accepted and others that are not. I understand the guidance point of not hurting another and living a life that helps others. Yet, how can it be that there are billions of variations of humans and only one way of worship is accepted by God/ Allah/Jesus/Jehovah whatever you want to name the force of the universe?

If we were all meant to think and be one way, wouldn’t this God just make us all the same?
God is not conditional, humans are.
There is the question of free will I’d like to pose….
Is there free will or is our will based upon an integral nature created from biology, sociology, psychology, genetics and education?

It’s easy to judge those who are different. As humans we have all felt that type of rejection at some point in our lives, while casting that judgement upon another at some point as well.

This rejection, or rather avoidance of rejection is what causes mass conformity. By feeling that we have to be/act/speak a certain way to feel accepted and liked.

Who doesn’t want to be accepted and liked?

Can we guide one another more lovingly into a mindset that empowers us all?

We are all expected to be a part of a box on some level, to take part within group thinking. These boxes can be seen according to gender, religion, culture, class, age, race, profession, etc. and are deemed by what is socially accepted and what’s not. When what’s not accepted occurs, labels are placed to then categorize into yet again another box, or outside the box.

How come ideas, thoughts, actions that are not part of mainstream are sometimes rejected and boxed out, to then be accepted in the future?

I am not one thing, nor can my beingness be explained by any one categorization, can yours?

If we let other’s judgement infiltrate our existence, we’ll never feel free to

Free expression is essentially creativity and imagination at work. In an ideal society, judgement of free expression would be obsolete if not harming anybody.
Acceptance of another’s expression negates control, fear of differences, group conformity, gossip and negative backlash. Which is what we sometimes witness when one is different or challenging traditions and the system.

When we think about those who have challenged throughout the millenias from Jesus to Aristotle, Plato, to Newton, Tesla and Einstein, can it not be said that our race has benefitted from questioning and expressing outside the norm?
Do you think technology would be available if we all thought and acted the same?

Break out of your box : )
In connecting with another’s expression and perception we learn. If your expression is outside of the norm, who cares?
It may inspire another to express a part of themselves that was previously hidden.
Express Yourself, whatever it may be, I accept you.

What is your free expression?